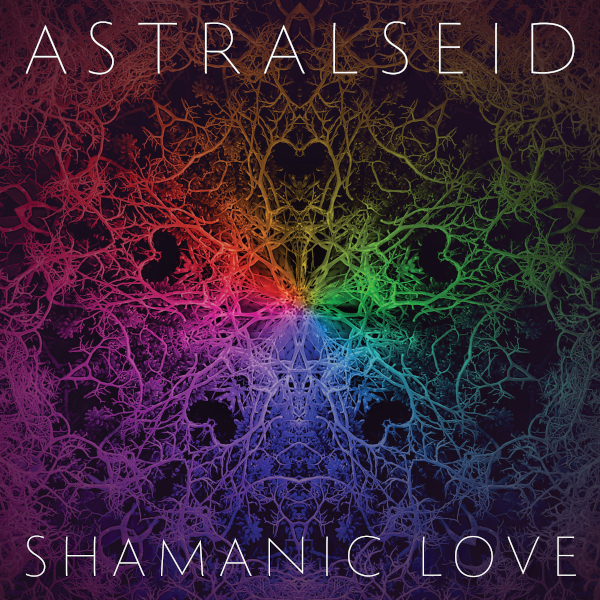 For the album Shamanic Love I hired Independent Music Promotions to help with promotion for of the album, and they managed to get a lot of reviews. Some of them really strikes the core of what Astralseid is intended to be.

Here are some of the highlights. Tell us what you think in the comment section!

“Shamanic Love touches the peak of what organic electronica can be. Deeply spiritual, illuminating, grounding, and transcendent. There must be a magic surrounding their Norwegian hideaway in the mountains because the music that they are able to translate from there taps into the heart of this living, breathing planet.”

“Shamanic Love’ is their new release and they say their music is designed to make you dance naked around a bonfire. Well, as I’m lockdown, I danced in my pants around my Himalayan salt lamp instead.”

“‘Shadow Love’ and ‘Skydance’ will really set the mood, giving you the feeling of becoming the children of the wild. Are you ready to jump into this audio journey of human consciousness and spirituality? This is the album for you.”

“Astralseid’s music is created in what is described by their press as an “earthen cabin, situated on an organic mountain-farm in Western Norway,” and these four  tracks on Shamanic Love do sound otherworldly and mostly disconnected from popular genre and commercialism. “Tribal Ambient” anyone?”

“If there’s one thing that we can say to better describe Shamanic Love, is that it shows a perfect marriage between contrasts. It is a proof of the versatility of these two talented musicians, fusing the primal and the futuristic directly from their off-grid cabin, with their electronic instruments.”

“Sometimes album titles don’t tell you much. But with Shamanic Love, the second album by the Norwegian electronic duo Astralseid, the title is certainly perfect guidance of what you can expect musically. With the accent on shamanic.”

“With Shamanic Love, the duo taps into a sort of primal energy that is sure to take you on a spiritual journey within.”

“The project seems to be dedicated to injecting real spirituality back into psytrance, and they do it by reaching back into their ancestry for inspiration.”

This track [Shadow Love] reminds me of Dead Can Dance, Return to the Source and Branco de Gaia. I’d recommend listening to the whole album, on repeat, for several days.

This website uses cookies to improve your experience while you navigate through the website. Out of these cookies, the cookies that are categorized as necessary are stored on your browser as they are essential for the working of basic functionalities of the website. We also use third-party cookies that help us analyze and understand how you use this website. These cookies will be stored in your browser only with your consent. You also have the option to opt-out of these cookies. But opting out of some of these cookies may have an effect on your browsing experience.
Necessary Always Enabled
Necessary cookies are absolutely essential for the website to function properly. This category only includes cookies that ensures basic functionalities and security features of the website. These cookies do not store any personal information.
Functional
Functional cookies help to perform certain functionalities like sharing the content of the website on social media platforms, collect feedbacks, and other third-party features.
Performance
Performance cookies are used to understand and analyze the key performance indexes of the website which helps in delivering a better user experience for the visitors.
Analytics
Analytical cookies are used to understand how visitors interact with the website. These cookies help provide information on metrics the number of visitors, bounce rate, traffic source, etc.
Advertisement
Advertisement cookies are used to provide visitors with relevant ads and marketing campaigns. These cookies track visitors across websites and collect information to provide customized ads.
Others
Other uncategorized cookies are those that are being analyzed and have not been classified into a category as yet.
SAVE & ACCEPT