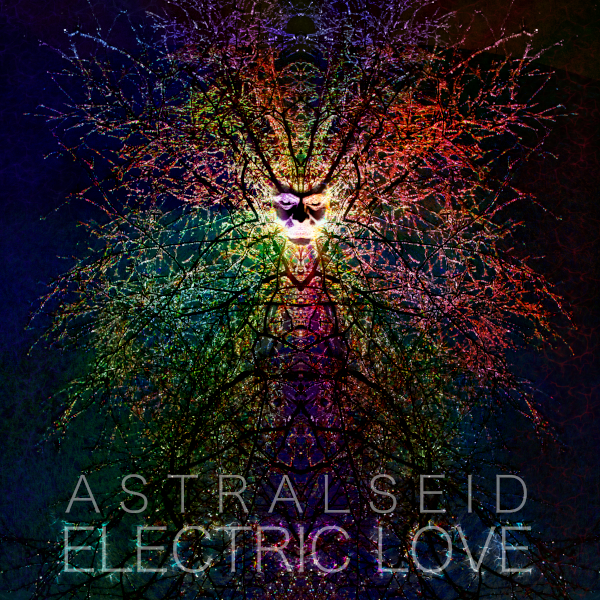 Most of the tracks on this album have been on long journeys, some of them were projects I started more than 20 years ago. Projects that were never fully finished and polished. This has been a process of cleaning out stuff from the past and creating something completely new out of it. So in that sense the album is about recreation, to bring inspirations from the past into the present, not by doing it as it was ment back then, but as in what it can become now. Most of the tracks has undergone enormous changes, becoming something completely different, while one, the very last one, is just as it was made back then, with just a little polishing in the mastering process.

One thing i decided early in the process is that I would put no restraints the changes done to each song. If a complete rework was needed, then that is what’s done. It has always been an imortant part of the Astralseid project, to let go of musical and creative restraints. Not making music of one specific genre or style. our previous albums have had it’s own theme or style, while this one don’t. Every track has its own sound, feel and style, but at the same time you can hear the similarities, something that connects them. It has been a fantastic journey exploring new sounds and ways to portray musical themes, breaking boundaries and self imposed artistic dogmas.

It has been a long journey to finish this album, but as I see it, process is everything. To evolve, learn new techniques, find new harmonies and explore new soundscapes is what it really is about. To follow the flow of creativity, to let the music itself guide you. The reason I struggled with many of these tracks way back then, was that I held to tight to the idea of what those tracks should become. I had the sound clear in my head from the start, but I wasn’t capable of creating that sound and atmosphere, so the tracks never got to that next shining level. Now many years later I have gradually changed perspective and it was this change that made those tracks into the album “Electric Love”. I try not to fear changes, but rather welcome them, as a natural part of creativity.

On a personal level, to finish this album has been about completion. Something I have always struggled with in life is to complete projects that I have started. I can not even count the number of projects that I have started and not finished. Not all projects are ment to be completed, but when they have the potential to become great in the end, then it is important to actually do it. All these tracks are in this category, projects with a great potential, but not taken all the way to completion. Now, with a whole album of completion, I feel the guilt lift and joy taking its place.

This one is a fairly young tune, compared to the others. In 2019 I invested in a simple midi keyboard and the melody here was the first thing I played on it, just as a test. The track was nice, but I never got it to fit into any of the previous albums. Every now and then I opened the project and worked on it, still not getting anywhere nice. In the end I stripped it of most of the 30 something tracks, to the bare essentials of the tune, and there it was.

I gave it the title “The Kindling” because it feels like lighting a fire, slowly fuelling the flames with small kindling. It is the start of the journey I call “Electric Love”.

At first this song was created as a mimic of Spanish guitar music, but at the time I did not have the skill needed, the project ended up as yet another unfinished song. When I picked it up again I realised it needed a complete change. The track has been completely restructured, with new sounds and a new feel. I can’t even remember the year I started composing this track, I guess it was around the same time as I composed the melody for “Metempsychosis”, track number 5 on this album.

This a story of souls, searching for a way through the obstacles of the Ego, to be realised, materialised as the human being they were meant to be. As they meander through the veins of life, they slowly pick up energy and pace with each obstacle passed. Small trickling streams become meandering rivers. Still searching, wondering, dreaming and trying to make it all become real.

The main melody of this track was originally composed for an out door theatre show back in 2010. Kjell Braaten had been hired to take charge of the music and he hired me alongside other great artists to perform it all live. In the middle of one of the rehearsals, the director asked for a love-themed song for a scene. In the next break this melody was born. Several years later I made an electronic version of the song, that became the basis for the version you hear here. A lot has happened to the track since then.

As the souls has meandered their way through the veins, they are getting so close, so very close. The very fabric of reality has nearly materialised. This is the journey through all those emotions that love brings. Because love is not only joy, it is longing, it is even fear, it is sorrow and it is those tingling and sparkling emotions that comes at first.

It was just before an election in Norway, some 20+ years ago, and we were many that were discontent with our politicians and their empty words. So on the main street of Oslo every political party had their stands, displaying their opinions and programs. We on the other hand wanted to show them how little we cared for their big but empty words. We gathered, all clad in white, with a huge banner in front, all white, and walked past the political stands, like a funeral march, singing and chanting “Tåkeprat” (Meaning Mist Speech or empty words), to the melody that forms the basis of this track. I was playing the melody on violin sitting on a platform being carried by four men. The song has been with me through other projects since then, mostly as an acoustic song with fiddle and vocals. This version on the other hand is of a completely different nature. I created the first electronic version back in 2016, when I first started my electronic adventure. I was really satisfied with how that version turned out, but when I listen to this new one, there is no doubt in my mind, this one is far deeper and truly manages to bring out that misty mood.

I feel that the theeme of this track is as important as ever. Since that time our politicians have been going further and further into the mist. Not representing people, but rather saying what they think they’ll earn the most votes from and pleasing corporations and wealthy hoarders. It is time for politicians to be accountable for their words and actions. Let us not be fooled by lofty words and populist mist speech.

When you think you know it all, understand it all, that is the point where you should realise that you don’t. This is when your words become Mist Speech. We must all constantly learn, develop our minds and bodies, not to be stuck in the mud of the Ego.

The very first tones I composed for this tune was back when I was studying Indian Classical Music in Varanasi, India. I had a shabby indian made guitar, a real “Givson” (Yes, the indian “v” is pronounced almost as a western “b”). At times when I was tired of repeating my paltas (practices) on the Sarangi, I some times picked up the guitar and played something random. Slowly a melody and theme grew out of it and I continued to hone and polish it for years before I even attempted to record it. The version you hear here is five attempts later. I never got the sound and feel of the recordings right. So this time I was determined to fix that and it ended up as something completely different from where it started. From a calm guitar tune, to a trippy madness more in the style of Shpongle. The scale has changed too. When I was playing the melody on keyboard I simply used the wrong scale, but it sounded better so I kept that “mistake”.

Now is the time for rebirth. The re birth of your own self and every soul of the universe. The transformation goes slowly at first, but souls ready to become are eager to get there, the place where soul, self and ego meet in joyous dance. Celebrating the freedom of weirdness!

This is the only track that was kept as it was made back in 2013. It is a lullaby for gnomes. At that time, I was renting a tiny dark room from a relative and that room was my living room, studio, bedroom and what ever room I needed it to be. My relative’s bed-room was just next to it, so this whole track is recorded in the middle of the night, trying to make as little noise as possible, since some one was sleeping on the other side of the thin wall. Gently tapping the drum, more like whispering than singing. I got no complaints the day after. The recordings and separate tracks are long gone, so all I had left of it was a stereo wav and the only thing I have done is a simple mastering to bring out the feel of it. Enjoy!

This website uses cookies to improve your experience while you navigate through the website. Out of these cookies, the cookies that are categorized as necessary are stored on your browser as they are essential for the working of basic functionalities of the website. We also use third-party cookies that help us analyze and understand how you use this website. These cookies will be stored in your browser only with your consent. You also have the option to opt-out of these cookies. But opting out of some of these cookies may have an effect on your browsing experience.
Necessary Always Enabled
Necessary cookies are absolutely essential for the website to function properly. This category only includes cookies that ensures basic functionalities and security features of the website. These cookies do not store any personal information.
Functional
Functional cookies help to perform certain functionalities like sharing the content of the website on social media platforms, collect feedbacks, and other third-party features.
Performance
Performance cookies are used to understand and analyze the key performance indexes of the website which helps in delivering a better user experience for the visitors.
Analytics
Analytical cookies are used to understand how visitors interact with the website. These cookies help provide information on metrics the number of visitors, bounce rate, traffic source, etc.
Advertisement
Advertisement cookies are used to provide visitors with relevant ads and marketing campaigns. These cookies track visitors across websites and collect information to provide customized ads.
Others
Other uncategorized cookies are those that are being analyzed and have not been classified into a category as yet.
SAVE & ACCEPT