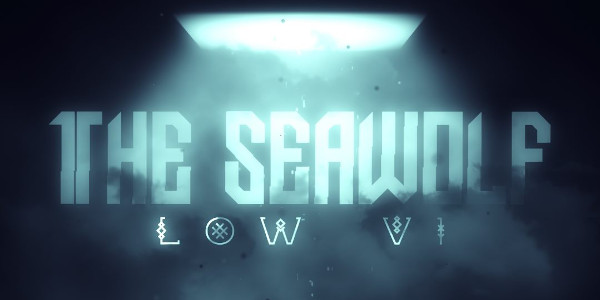 The Seawolf is an editor and VFX artist in Hollywood where he applies these skills to his music, creating high concept projects and connects to his Scandinavian roots through art, history and instrumentation from the viking period onward. Having previously released three singles, ‘Ginnungagap’ is his debut EP.

Eerie and etherial, Ginnungagap’ is the debut EP to come from ambient low-fi artist The Seawolf. Styling his music as ‘low-vi’, an unusual mix of low-fi and viking/norse folk music, ‘Ginnungagap’ is the perfect introduction to this style of music. A highly conceptual piece of work, The Seawolf collaborated with Jósúa Rood (Neixon) and celebrated folk artist Runahild on this EP, as well as experts on the field of Norse mythology and Viking traditions. Forced into a creative space by the lockdown in LA, The Seawolf shows how life can spring out of the darkest places, and hopes that this resonates with his listeners.

Astral Synergy Productions has produced vocal tracks for the track “Hellulund” on the EP “Ginnungagap” and we are currently doing more tracks for a coming album.