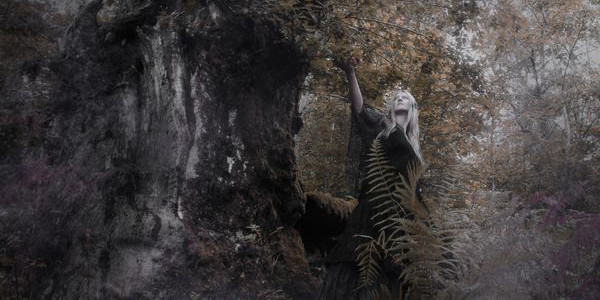 Rúnahild is a singer, musician and composer. Her ethereal folk music is characterized by heartfelt female singing, earthly rhythms and dreamy melodies. She lives in a tiny cottage in the mountains of Western Norway, following the rhythm of the northern seasons. Her free spirited lifestyle close to nature is an inseparable part of her artistic expression.

Many of Rúnahild’s songs come to life by first singing and drumming an emotion, an energy or a vision. She composes on old folk instruments as well as on the keyboard to create a meditative and entrancing atmosphere. She uses her voice also as an instrument, weaving melodies together to create harmonies. Some of her singing techniques are inspired by various indigenous singing such as the Sami joik, some type of throat singing and the Scandinavian Kulning. But mostly, her singing style comes from letting go and channelling through her voice what needs to be expressed.

Her songs mirror her own healing journey and spiritual path, inspired by the Old Norse magic called “sei∂r” as well as other worldwide shamanic and spiritual worldview.

She is also influenced by the several drum and song circles she is a part of and holds. When everyone within a circle sings from the heart on ecstatic drum rhythms, it creates a flow of energy that transcends the soul and opens up to visions, like an inner/outer landscape inviting to wander within the ethereal realm. This power is carried over into her music.